Fatih Danaci is a researcher from Turkey which has kindly sent me this interesting article wrote by him. He previously had sent me some pictures, and when I asked for them with interest, he offered to write this article. Among the images he sent was an intriguing cover of an old book, nothing less than a novel from the Turkish historician, novelist and poet Ali Rıza Seyfi, based in Stoker's Dracula! A little bibliographic jewel, no doubt! Fatih informs us in this article: a reprint of this novel was prefaced and illustrated thanks to the archive of Turkish film critic Giovanni Scognamillo, author of several books on film history, among other topics. Fatih also gives us information about a Turkish film, a piece unique in the history of vampire and horror films: Drakula Istanbul’da, directed by Mehmet Muhtar in 1953. But we leave you with the text, which speaks for itself. Fatih, friend, thank you very much!

Bram Stoker’s Dracula is a world wide bestseller. Undoubtedly, it’s a classic work of gothic literature. It was translated to almost every language and it became the basic source of horror cinema. In Turkiye, the sitiuation is more complicated. Turkish literature has no history of fantastic and horror. There are not many gothic books written.  Despite it’s poor literature history, Ali Rıza Seyfi wrote an adaptation of Stoker’s Dracula in 1928. The name of the book was “Kazıklı Voyvoda” (Vlad the Impaler). Kazıklı Voyvoda was like summary of Dracula. It was about 150 pages. The characters’s name from the original story were changed to Turkish name. The story takes place in Istanbul. Instead of vampire word, “hortlak” (fearsome ghost) was used. “Kur’an-ı Kerim” was used to protect from the evil, instead of Holy Bible. 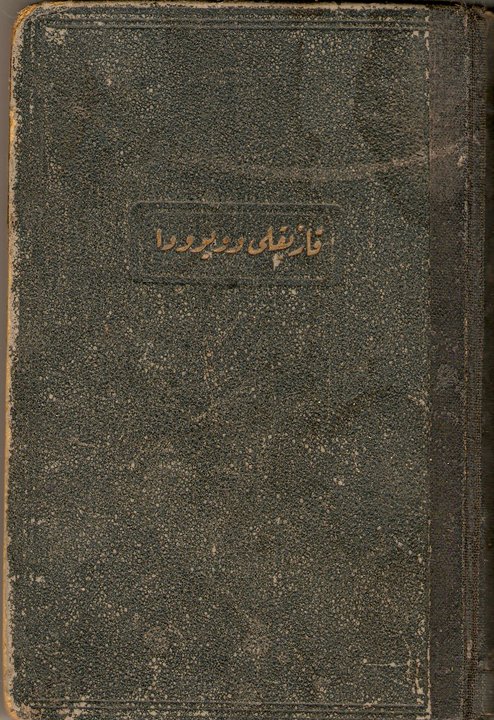 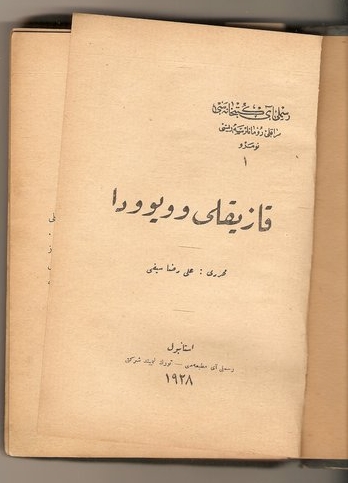 Cover and first page of Kazikli Voyvoda, published in 1928, written in Ottomon Turkish. .

Stoker inspired from historical person Vlad Dracula. So Ali Rıza Seyfi named the book “Kazıklı Voyvoda” (Vlad the Impaler), not Dracula. Vlad Dracula was given as an evil character. As it’s known Vlad Dracula rebelled to Otoman. The emperor of Ottomon, Fatih Sultan Mehmet (II.Mehmet) tried to put down the rebellion. Fatih Sultan Mehmet is a very important person in Turkiye. He is an emperor who conquered Istanbul and every person living in Turkiye knows him.

Kazıklı Voyvoda was republished in 30’s. The first print had been written in Ottomon Turkish. In 1928 Turkiye had an alphabet revolution. Because it was the first years of the revolution, some books written in those years were in Ottomon Turkish and some were in modern Turkish language. After the new Turkish language was spreaded all around Turkiye, the books were written just in Turkish. So reprints of Kazıklı Voyvoda was in Turkish in 30’s. 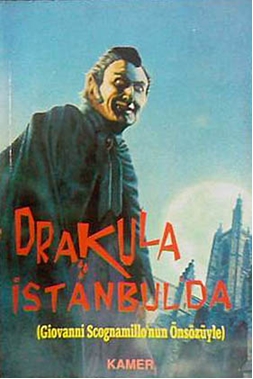 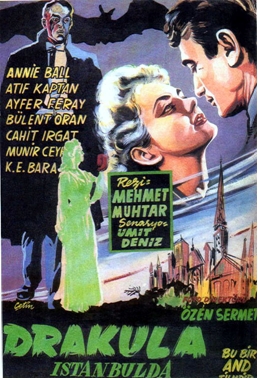 In 1997 which was the 100th anniversary of Dracula novel, Kazıklı Voyvoda was published again with the attempt of Giovanni Scognamillo. That was an illustrated version. The photos used in the pages were taken from Scognamillo’s archive. The foreword was also written by Scognamiloo. The name of the book was not Kazıklı Voyvoda. It was “Drakula Istanbul’da” (Dracula in Istanbul). The name was coming from the novel’s cinema adaptation, “Drakula Istanbul’da” (Mehmet Muhtar, 1953). The movie is important not only in Turkiye but also in the history of vampire movies. This was the first Turkish horror movie. Besides, that was the first time Dracula’s fangs were seen on the screen. That was first the Dracula adaption made by an Islamic country. So Scognamillo changed the name to Drakula Istanbul’da.